Brief introduction to the problem - summary
Wastewater treatment plants (WWTP) are potential odour emitters simply because of the nature of the product they treat; even more so when the design of the plant has not taken this problem into account and the nearby population has grown considerably in a few years.
Having an administration such as EPSAR (Public Entity for the Sanitation of Wastewater in the Community of Valencia), committed to minimising the impact of odours from WWTPs and with technically solvent operating companies to tackle this problem, becomes the key to the necessary coexistence between impact generators and receptors. 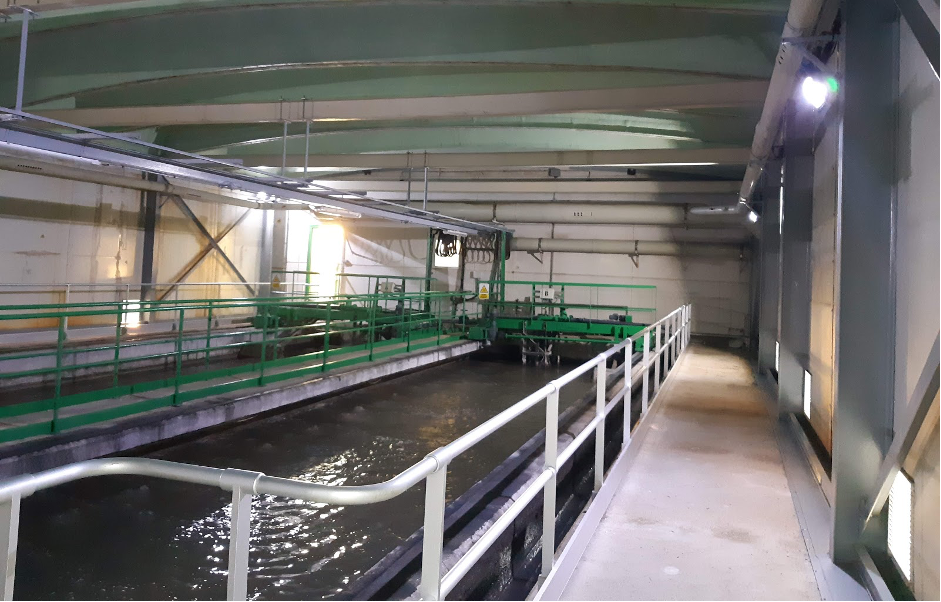 What is the plant(s) type, size, location, technical characteristics?
The Camp de Turia II wastewater treatment plant is located next to the river Turia and on the opposite bank there is an urbanization of approximately 200 single-family homes. The plant treats a flow of approximately 10000 m³/day from several towns and industrial areas.

What was the problem? How many citizens were affected and for how long?
With the increase in population in the nearby urbanization less than 500 m from the plant on the opposite bank of the river, complaints about bad odours started to be received.

How was the problem raised? How were complaints reported?
A complaint form was developed by the neighbourhood association of the urbanisation and distributed to the residents. Periodically, these were collected and presented to the town hall by means of an entry register and from there the complaints were submitted to the entity on which the WWTP depends.

Was the problem monitored? If yes, how? Which techniques/ methods were applied?
The possible causes of the plant's odour problems began to be analysed. Attempts were made to identify emission sources and aspiration flow measurements were taken at several points in the pipes along the different buildings.

What was the result of the monitoring phase?
Several possible sources were identified: chemical deodorization system with an insufficient aspiration flow, no focus on aspiration, no aeration (yes agitation) in homogenization tank (2700 m³ and an area of 800 m²), open air deodorization channels…

How was the data analyzed? How could the collected data be accessed?
The air flow data collected by the anemometer were used by EPSAR to prepare a project in collaboration with a specialized engineering firm to evaluate the problem. 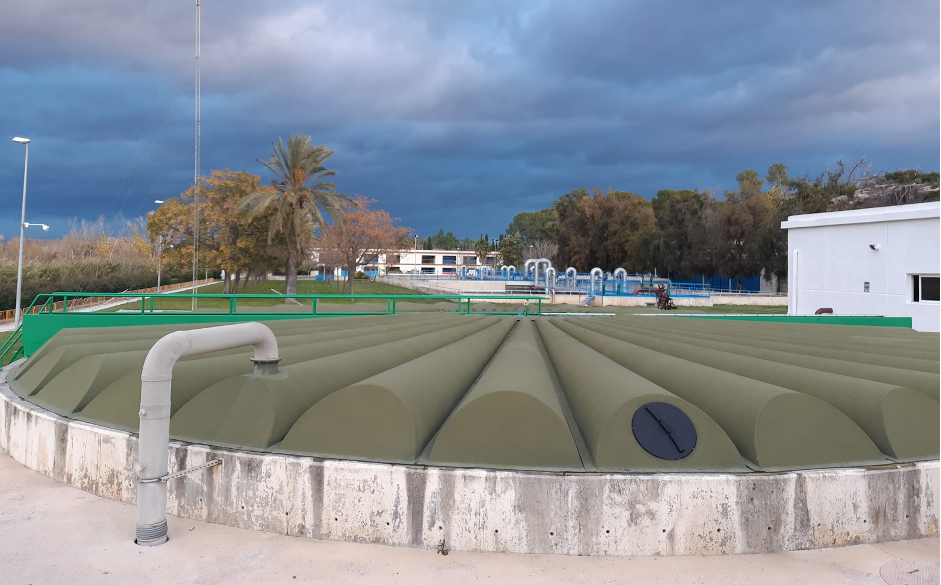 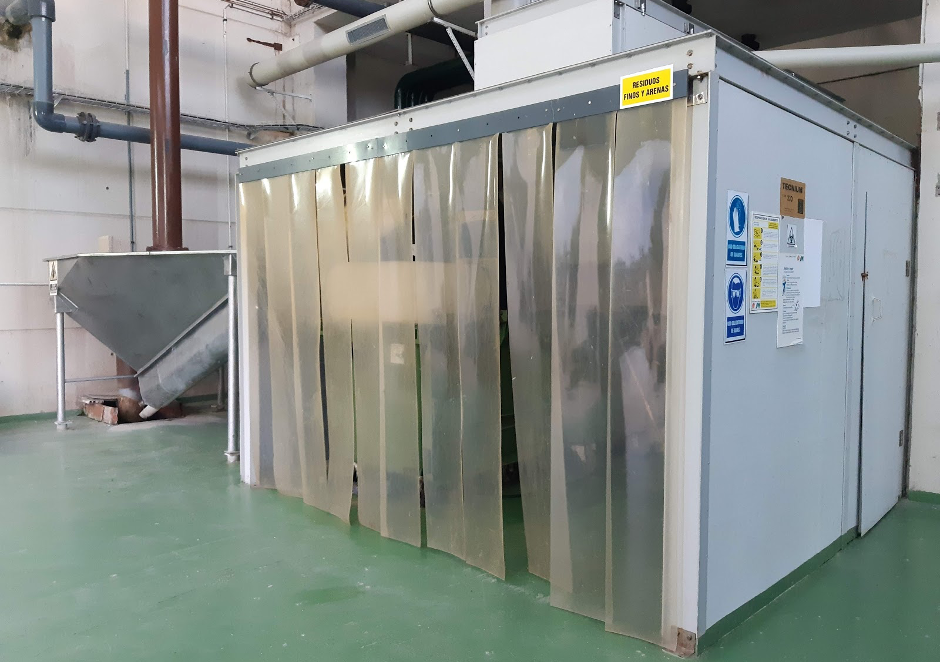 How was the problem solved? Which technology was applied?
Chemical deodorization was doubled so that the existing one was used only for deodorizing the drying building and the new one for pre-treatment, de-sanding and primary decanting. All equipment and channels in the pre-treatment and sludge drying buildings were covered. A GRP building was built to house the desander channels that were previously outdoors. A by-pass channel of the homogenisation tank was built to eliminate the sediments accumulated over the years (there was no by-pass) and grids of fine bubble diffusers were installed. The primary decanters were covered and deodorised. The aspiration network of the new plant through chemical means was taken to the primary decanters (the previous one reached the fine sieving). 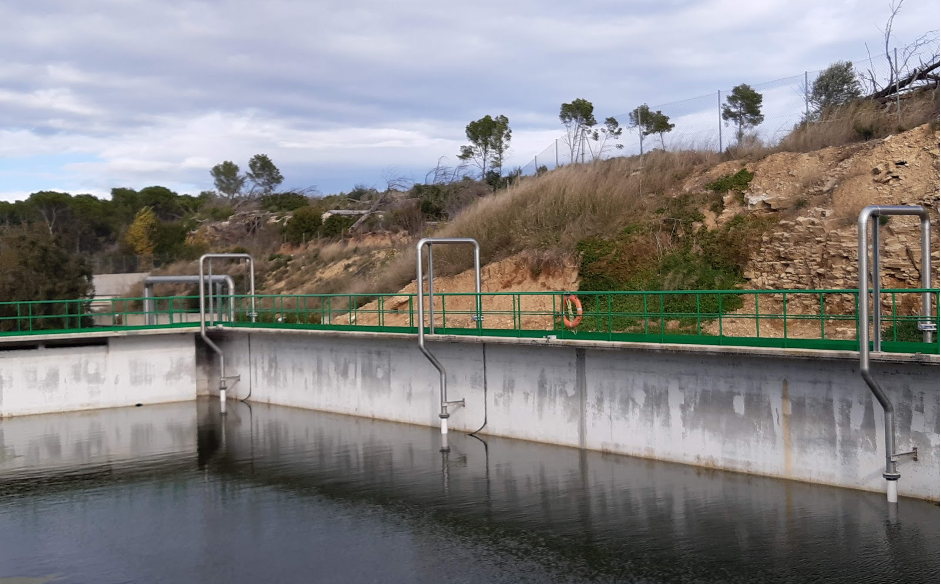 Apart from this set of actions, as the company operating the installations, and always with the aim of minimising our impact due to odour in the community, the reconversion of the WWTP treatment to a prolonged aeration system was proposed. In this way, the primary decantation stage that generates barely stabilized sludge causing serious odour problems was eliminated, and the existing aerobic digesters that were a source of odour complaints in some periods were turned into biological reactors.

On the other hand, and as part of the practices that we carry out in order to minimize the generation of H2S in our facilities, the operation mode of the sludge thickener was modified. This modification consisted of a load feed that reduces the retention time of the sludge in it and with it, the degree of anaerobia that promotes the generation of H2S in this stage of the sludge line.
Who/ How were the different stakeholders involved in the solution of the problem?
EPSAR has given the necessary economic support to carry out the different actions. SAV-DAM, as the operating company, has provided its technical solvency for the proposal of solutions and/or treatment alternatives. The neighbourhood association together with the town council provided us, and still continues to provide us, with the necessary feedback to detect the need for new actions or, on the contrary, the assurance that what has been done has been effective.

How much did it cost? Who paid for it? How long did it take?
The cost of the actions was assumed by EPSAR. These actions have been carried out throughout the years in which the SAV-DAM joint venture has been operating the WWTP of Camp de Turia II. 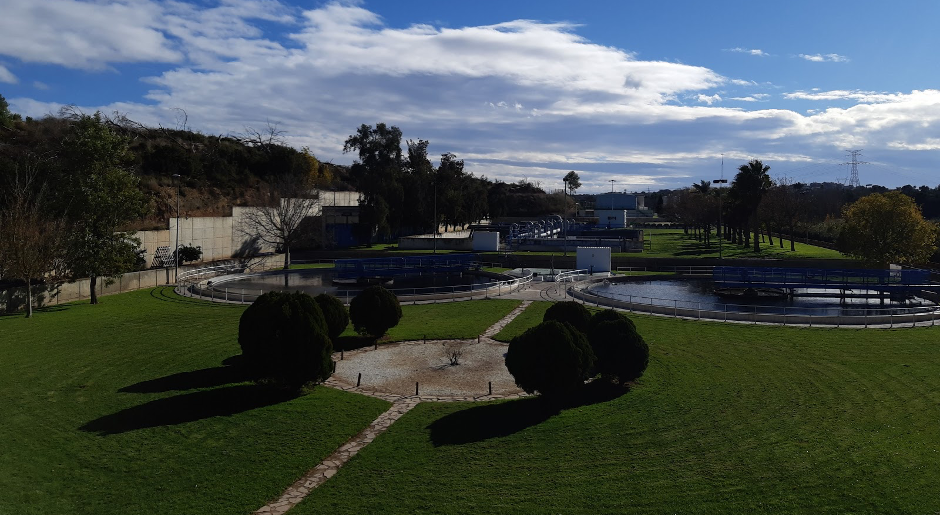 Did the solution work? Was the impact reduced?
Odour impact was significantly reduced and complaints stopped.

How was the effectiveness of the applied solution monitored?
Campaigns were carried out to measure H2S in the area where odour complaints were recorded and regular controls of H2S, VOCs, ammonia, mercaptans and amines are carried out throughout the plant in order to detect sources not previously considered.

Was the public properly informed about the end of the process?
Meetings were held with the neighbours' association and the city council to verify the absence of complaints and to report on all actions taken.

In this way, direct and fluid communication was established between the local authorities and the WWTP, minimising the response time to any incident detected and increasing the confidence of the residents in the continuous implementation of good practices aimed at reducing and even eliminating the impact of odours from our facilities. This direct and fluid communication is still maintained today.

What was the outcome of the data analysis?
The administration commissioned a project that included a series of actions aimed at minimising the impact of odours from the WWTP. The work was put out to tender and all the actions were carried out.
This website uses cookies to improve your experience. We'll assume you're ok with this, but you can opt-out if you wish.Accept Read More
Privacy & Cookies Policy
Necessary Always Enabled