Brief introduction to the problem - summary
This example is about the actions that have brought to the reduction of the odour emissions and the related odour complaints from the wastewater treatment plant of a food industry. After assessing the existence of a problem related to a specific section of the plant, it was redesigned in order to reduce odour emissions.

What is the plant(s) type, size, location, technical characteristics?
The plant involved in this example is the wastewater treatment facility of a food industry.

This plant, in its original configuration, comprised a section for the treatment of the wastewaters produced by the food processing, and the sludges deriving from the wastewater treatment were stored in open-air tanks. 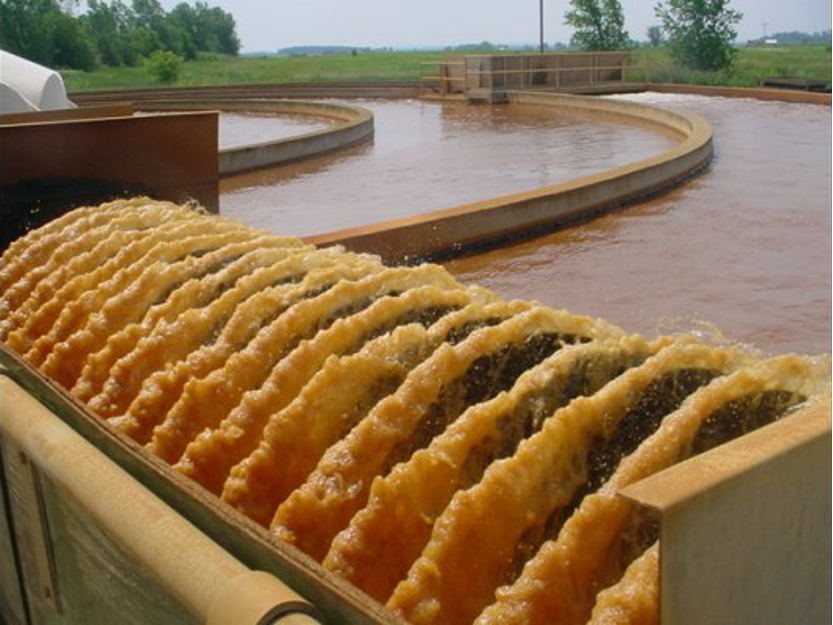 Picture not from case study

What was the problem? How many citizens were affected and for how long?
People living in the surrounding municipalities have been complaining about odours for years. However, the origin of the odour was not clear, since different industries and potential odour emitting activities are present in the area. Indeed, the food industry was not the only cause of the odour complaints on the territory.

How was the problem raised? How were complaints reported?
The problem was raised through the repeated complaints of the population to the local authorities.

Was the problem monitored? If yes, how? Which techniques/ methods were applied?
The food industry decided to carry out a study to assess its odour impact. The study involved olfactometric analyses and dispersion modelling.

The dispersion modelling considered all the sources of the wastewater treatment facility and, by comparing the relative contribution of each source to the overall odour impact, it was possible to identify the most critical odour source. The study allowed to highlight that the main cause of the odour impact were the tanks for the sludge storage, whereas the odour emissions related to the wastewater treatment were negligible.

How was the data analyzed? How could the collected data be accessed?
Based on the outcomes of the odour impact assessment study it became clear that the main problem for odour emissions were the open tanks for the storage of the sludges formed during the wastewater treatment process.
This evidence allowed for a new design of the plant, which involved a different management of the sludges, aiming to reduce the amount of sludges exposed to the open-air, thus reducing the associated odour emissions.

How was the problem solved? Which technology was applied?
The new design of the plant comprised an anaerobic digester for the treatment of the sludges produced by the wastewater treatment process.

The process of anaerobic digestion not only allows to reduce the volume of the sludges, but also it reduces their organic content, thus reducing their odour generation potential.

Moreover, another benefit of the new design of the plant is that biogas is produced by the anaerobic digestion process, which is a source of renewable energy.

By means of this significant structural intervention on the wastewater treatment facility, the amount of sludges exposed to open air was greatly reduced. The tanks, which previously served for the sludge storage, were dismissed, and only remained for emergency reasons.

Did the solution work? Was the impact reduced?
The success is that, through this intervention, the impact of the plant was significantly reduced.

Apparently, the complaints were also reduced. However, the effect of the other odour emitting activities co-existing on the territory should also be taken into account.

Was the public properly informed about the end of the process?
The execution of the works on the plant were communicated through the website of the Municipality.
This website uses cookies to improve your experience. We'll assume you're ok with this, but you can opt-out if you wish.Accept Read More
Privacy & Cookies Policy
Necessary Always Enabled