Engaging affected communities in Barcelona and Sofia: where are we at? 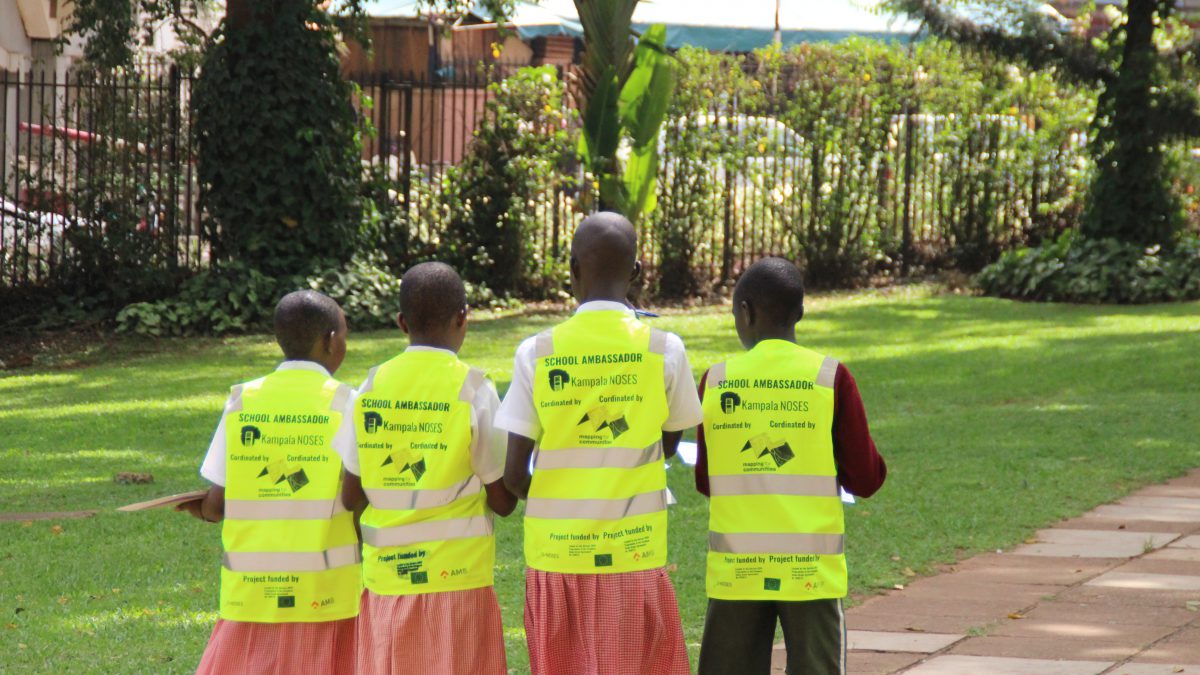 Here we go again! Earlier this week, we introduced you to some of the latest updates coming from the German, Chilean and British D-NOSES’ pilots. In the second entry of this series dedicated to our pilots’ latest news, we are looking into what is happening in Uganda, Greece and Italy.

In Kampala, our partners Mapping for Communities started a brand new D-NOSES pilot in the course of 2020. What are they up to now? We let María say a few words…

‘To avoid using the word COVID in this blog piece has been an impossible task. It is definitely the main challenge we are now facing as it has completely changed our plans.

We started working with 10 schools across the city only few weeks before the virus paralised the entire world. The material we provided was aimed to support the teachers to go through different lessons with the students and eventually, they would be able to create their own awareness raising campaigns.

Unfortunately, all the schools in Kampala shut down in April and will probably remain closed until the end of the year. At that point, some schools had already made good progress with the programme whereas others had barely started, which makes any mitigation strategy even more difficult.

But giving up is never an option for us so we’re now adapting the material to the current lockdown situation in Uganda for the students to continue learning and observing their surrounding environment in relation to odours and environmental pollution. We’ll come back with more news very soon. Until then, stay safe.’

María, from Mapping for Change

Back in Europe, our Greek partners Envirometrics have been working hard in the city of Thessaloniki, around a site hosting a refinery.

Our pilot is set in the western part of the city of Thessaloniki. Initially, the area was to cover the urban part next to a large refinery. After several bilateral meetings, workshops and field visits with stakeholders, more areas to the south of the refinery were added. The odour issue at the new areas is a river that receives effluents from untreated municipal wastewater.

The stakeholders involved are the Regional Authority of Central Macedonia, the Aristotle University of Thessaloniki and several groups of citizen groups and individuals.

There has been a Beta pilot at the area engaging the above mentioned stakeholders and a team of community champions. The OdourCollect App is used for the reporting of observations. Recently, we introduced written questionnaires to the local public which was received by an even greater number of users.

Our greatest challenge is to keep the citizens engaged until we receive a sufficient number of observations. The frequency of odour observations had fallen throughout the lockdown period and the summer period. We are currently trying to engage the same stakeholders more actively and add more users for the purposes of our project.

Apart from the introduction of written questionnaires, we are in the procedure of engaging more stakeholders such as school faculty and students of local high schools. Further to that, we try to engage more actively the existing users of OdourCollect.

In Italy, Laura from the Polytechnic University of Milan (Politecnico di Milano) reports quite optimistic news:

Through the month of September citizens continued to report odours using the OdourCollect app, reaching more than 350 observations since May 2020. The statistical analysis of the collected data is in progress, with the aim to verify if there are specific times of the day or specific days of the week in which odour perceptions are more concentrated.

In parallel with this phase of data collection, in collaboration with the industries, in September we completed the first round of olfactometric sampling for the characterization and the quantification of the emissions of the four industries under investigation.

Currently, we have asked the industries to provide the data required for evaluating the odour emission rates for each source, in order to start with the dispersion modelling, which should allow us to further verify the observations and help us identifying the provenance of the perceived odours.

The shortcomings of odour nuisance regulations